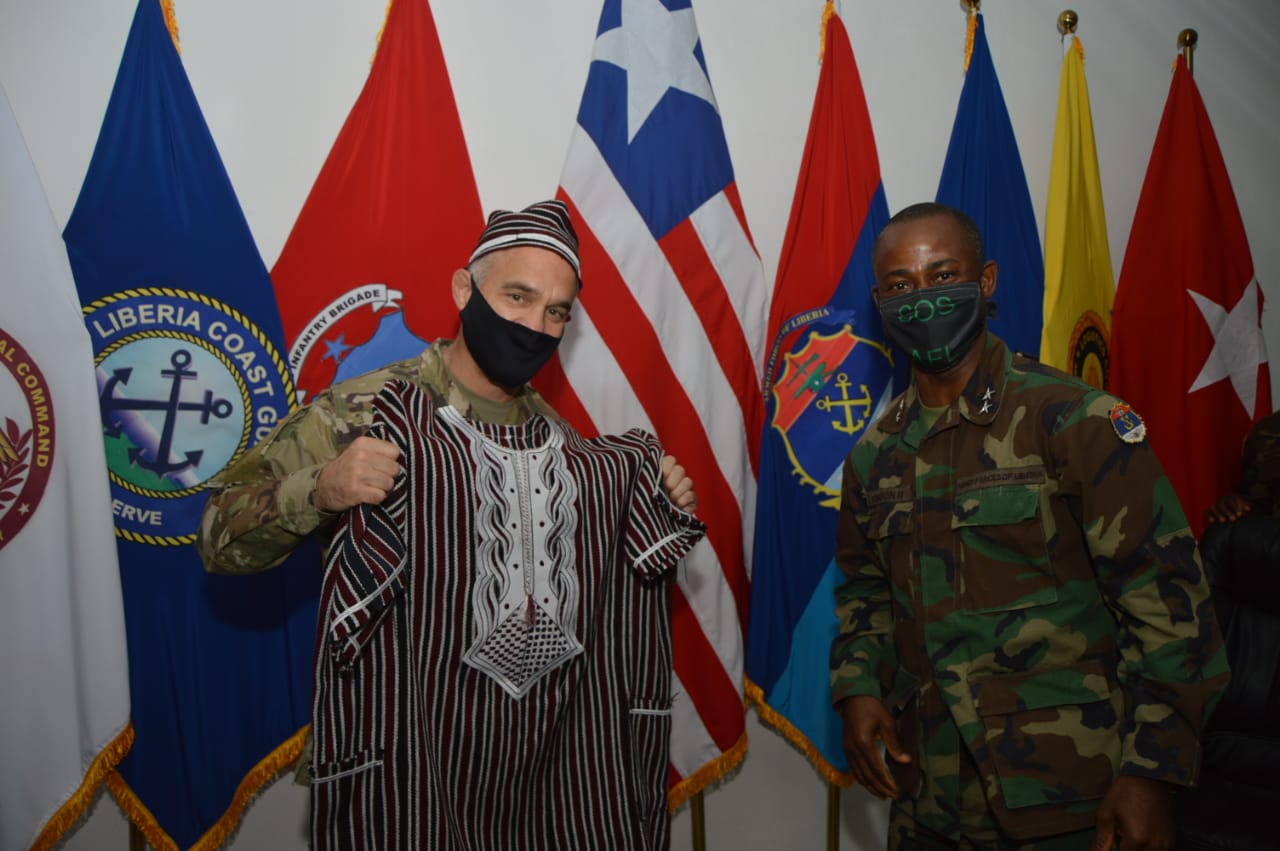 Armed Forces of Liberia has bid farewell to the United States of America Defense Attaché to Liberia, LT COL Matthew Alden, following   two years of his service in Liberia.

Speaking at the occasion, AFL Chief of Staff, Maj/Gen. Prince C. Johnson, III, recounted the good working relationship between the American government Defense Attaché office and the Armed Forces of Liberia that resulted into the Liberian military gaining more training opportunities from the US Government.

The AFL Chief of Staff named the provision of the Gene-Expert Machine to the 14 Military Hospital, the increase in budgetary allotment for the IMET (Int’l Military Education Training), the continued involvement of AFL in the OBAMGAME Exercise, the provision of scholarships for personnel of the AFL to attend Military Schools in the United States of America as well as logistical support to the AFL as some of the many benefits Liberia attained from LT COL Matthew Alden’s time of duty in Liberia.