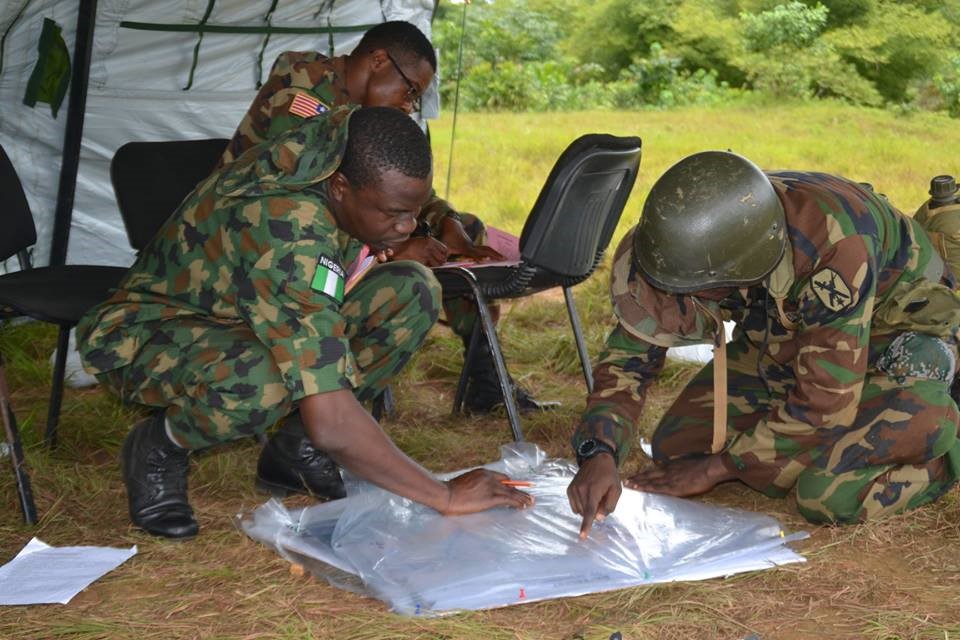 The Armed Forces of Liberia (AFL) has completed the administration of its 2018 Officers Promotion Examination (PROMEX) code named EXERCISE BOLDSTRIKER 2018.

The PROMEX (Promotion Examination) is one of the major exercises aimed at building the capacity and career of AFL officers to function effectively as leaders.
The examination was administered in both written and practical phases. It is a major tool for the career development and advancement of officers.

It also serves as a major determinant amongst other criteria that enables the AFL’s high command to decide which officers are eligible for promotion as well as selection to attend officer career courses based on the of order of merit.

In order to be eligible to sit the exam, Officers must have reached the level of company grade and passed through all the ranks and procedures of the AFL based on the order merit in order to progress from the rank of First Lieutenant to Captain and from Captain to Major.

During the practical exam, candidates were assessed in a wide range of subjects including Skills at arms, Map reading and navigation, Tactics, Signal Communication, Field Hygiene and First Aid and Leadership; while the written part assessed the Tactical – defense and offensive operations, Counter Revolutionary Warfare and Internal Security Operations, Geopolitics and Current Affairs, Military Technology, Leadership and Morale, Military Law, and Military History as well as Liberian History.

Speaking minutes before the commencement of the exam, the Chief of Staff of the Armed Forces of Liberia, Maj/Gen. Prince C. Johnson III, admonished the officers to be focused in approaching the exam as it is important in the officers’ career growth within the military.

The AFL Chief of Staff further asserted that the new armed forces will continue to seek nothing less than competence and professionalism from officers, who he said are being carefully watched at by the people of Liberia and the International Community. 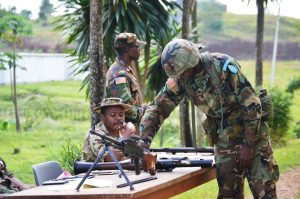