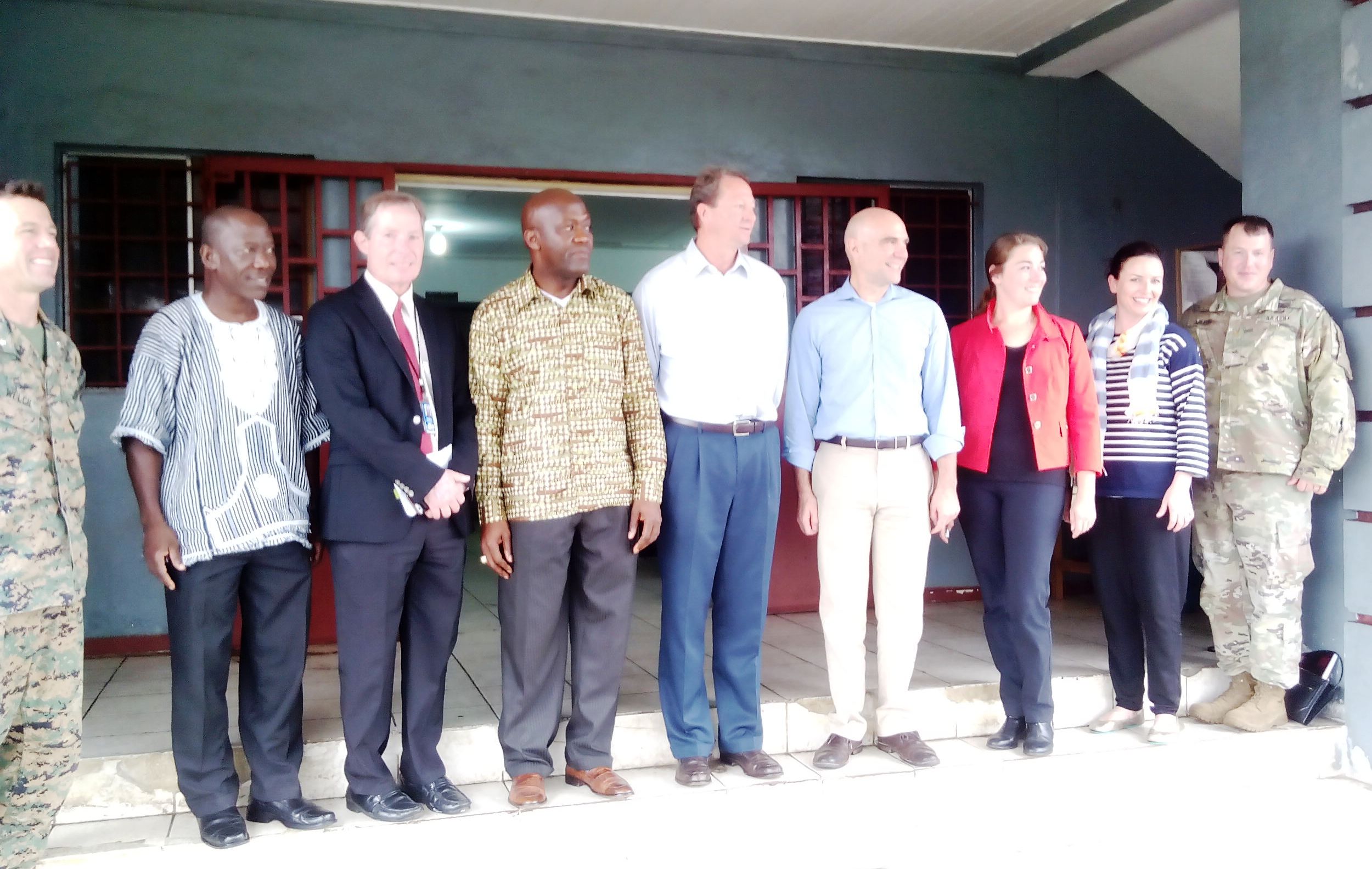 Barclay Training Center, Monrovia: Liberia’s Acting Defense Minister, Honorable Joseph F. Johnson, on Friday, August 18, 2017, called for more training opportunities from the Government United States of America for men and women of the Armed Forces of Liberia. Minister Johnson noted that the trainings received from the U.S. Government have brought credibility and professionalism to the Armed Forces Liberia.

The Acting Defense boss acknowledged the historical role the United States Government and People played over the years with regards to impacting the development of the Liberian Defense Sector. The Minister thanked the U.S. Government emphasizing that “We have been growing into professionalism by the trainings our civilian and military personnel have received over the years”.

The purpose of their visit was to gain oversight on the significant Security Cooperation partnership between the United States and the Republic of Liberia. The team visited the Acting Defense boss with particular interest in learning about the Minister’s personal experience as part of the reconstitution of the Armed Forces of Liberia since 2006 and for insights on how they can continue to work together in the coming decades.

Speaking during the visit, Mark Morehouse, as head of the delegation, praised Acting Minister Johnson and the members of the Liberian Defense Sector for the professional management of the Defense Sector over the years. Hon Morehouse assured the Minister of the United States preparedness in assisting the AFL in alleviating the challenges faced in the area of maintenance.