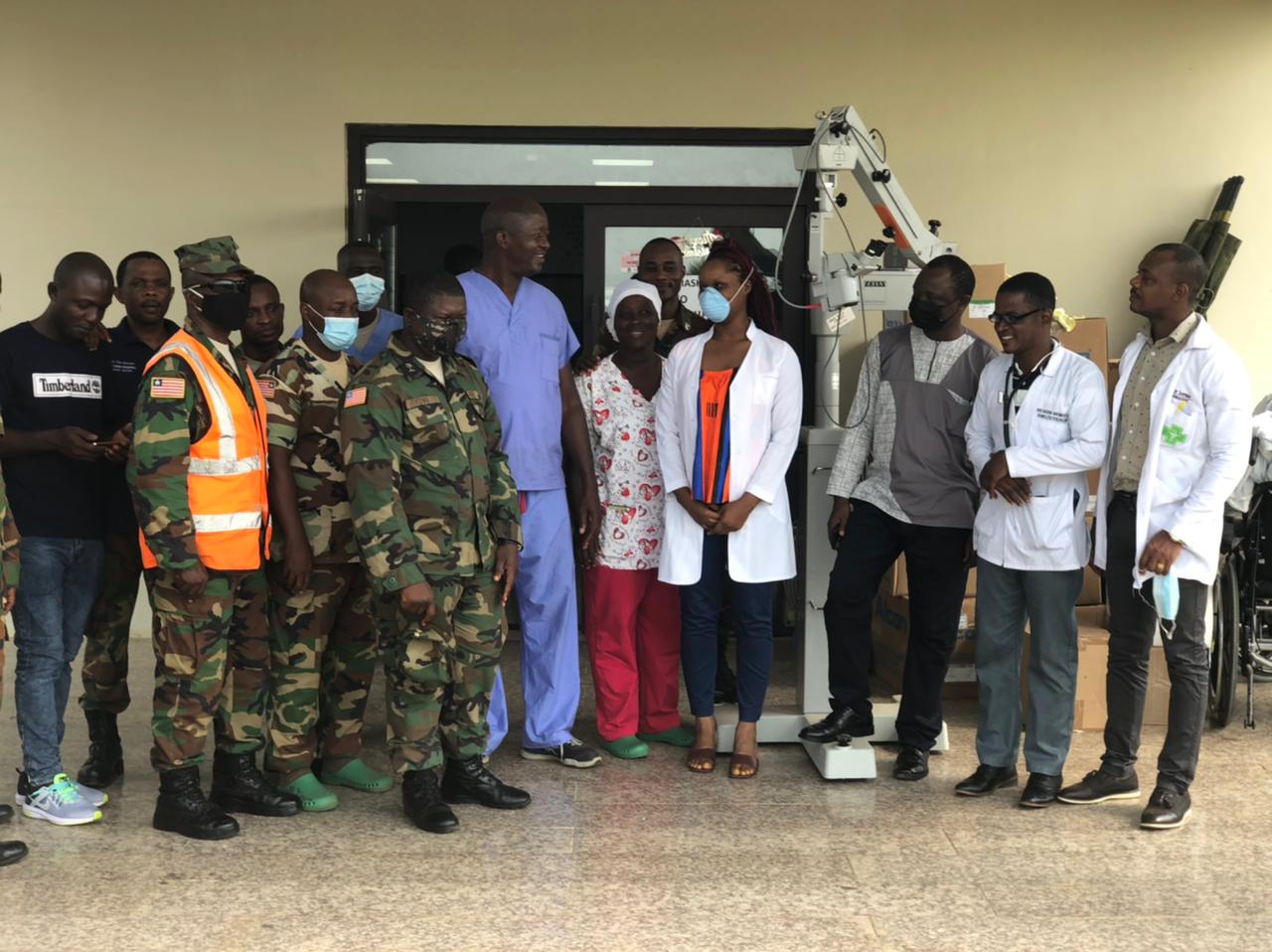 BARCLAY TRAINING CENTER-MONROVIA, LIBERIA: The 14 Military Hospital of the Armed Forces of Liberia on Wednesday, January 12, 2022, received a huge donation of medical equipment and assorted supplies worth over ONE HUNDRED THIRTY FIVE THOUSAND UNITED (135,000USD) from the KORLEBU NEUROSCIENCE FOUNDATION, a charitable group based in Canada.

The items donated are an Eye Operating Microscope, Personal Protective Equipment (PPE), surgical gloves amongst others.

Speaking during the turning over ceremony held at the 14 Military Hospital in Schiefflin, Magibi County, the Secretary of the Board of Directors and Representative of West Africa for the Korlebu Neuroscience Foundation, Dr. Benedict B. Korlee, thanked personnel of the of Armed Forces of Liberia’s Medical Command for their roles in the health sector of Liberia, especially when they recently collaborated with the Korle-bu Neuroscience Foundation and provided free medical services to some patients at the John F. Kennedy Medical Center (JFK).

Dr. Benedict Korlee, who is also the Chief Pathologist of Liberia, promised his organization continuous collaboration with the 14 Military Hospital in strengthening its capacity in order to adequately respond to the health needs of the Liberian people.

Major Kowo asserted further that his vision is to make the 14 Military Hospital one of the best in the Republic of Liberia. Therefore, he appealed to the Korle-bu Neuroscience Foundation through its Representative for West Africa for more donations.

The Korle-Bu Neuroscience Foundation (KBNF) is a registered charity with a global reach focused on providing medical support for neurological injuries and disease to the people of Ghana and West Africa. Started in 2000, KBNF is a volunteer-based organization that has earned the support and respect of medical professionals, government officials and caring people from all over the world. KBNF has a strong focus on assisting the people of West Africa for the long-term through the development of a world-class hospital, performing neurological research and providing medical and specialist training to the doctors, nurses, biomedical engineers, etc. that will be working at the hospital.