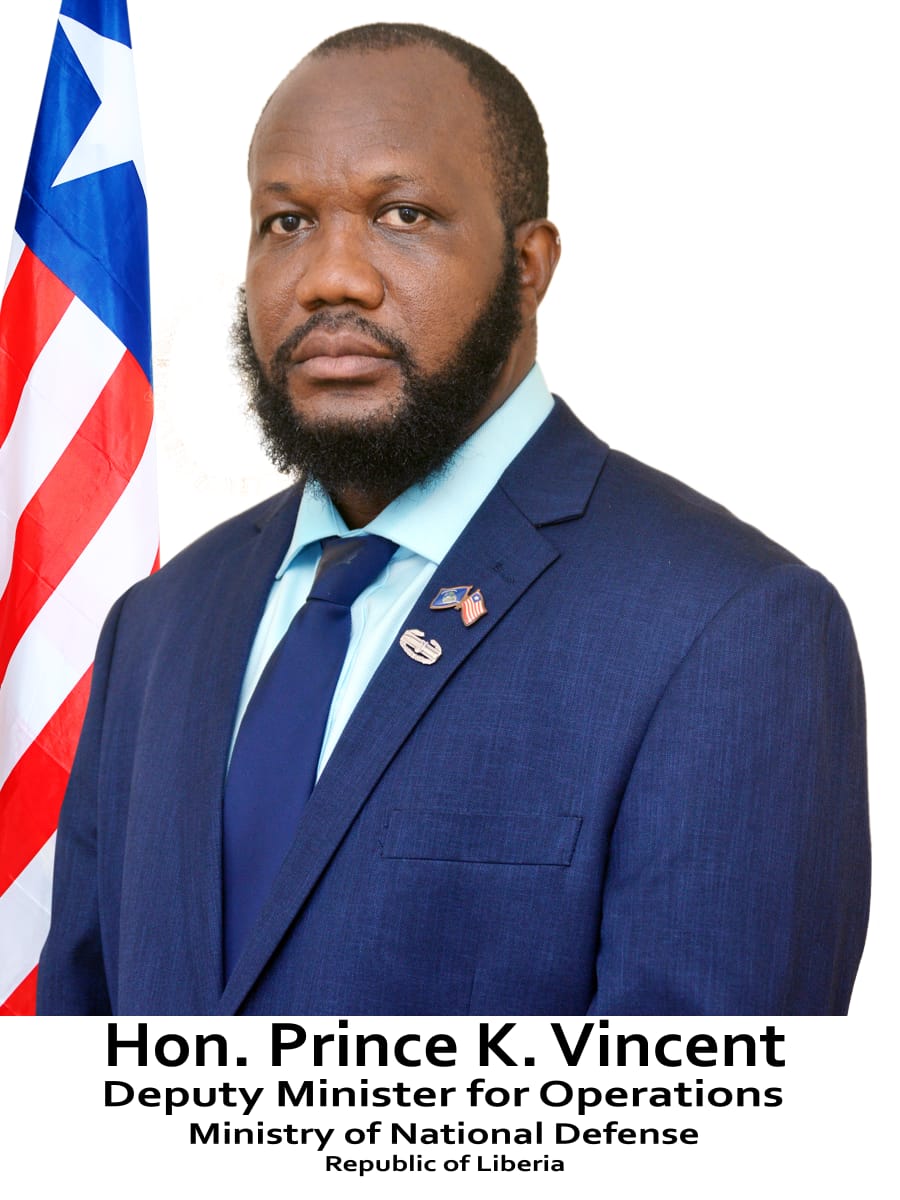 Honorable Prince K. Vincent, a full spectrum warrior of the United States Military, is a certified military practitioner, who has an extensive cognizance of both military and security affairs. He brings in comprehensive, practical understanding and application of Horizontal Engineering, Vertical Engineering and Infantry/combat related matters. Regarding Civil Works, Hon. Vincent comes with considerable work experience in the construction of infrastructures such as Airfield, Roads, Bridges, and Helipads.

Hon. Vincent was awarded with honor the United States Army “Combat Action Badge” for combat actions, having been personally present and under direct hostile enemy fire in Afghanistan in direct support of Operation Enduring Freedom 13-14.

Years prior, as a civilian in the Unites States, Hon. Vincent served as a Senior Machine Operator. He produced precast concrete for a proposed building design, construction of underground parking and ramps, as per architectural design, he read and implemented architectural drafting, and operated heavy-duty construction equipment. Hon. Vincent operated Laser Machines, manufactured and distributed/shipped medical devices for peripheral vascular and neurovascular diseases as well as helped developed testing procedures for quality assurance.

After fleeing the war in Liberia and seeking refuge in Ivory Coast, Hon. Vincent became an academic instructor at the St. Martins Catholic High School in Danane. There, he taught General Studies (History, Geography, Mathematics and Literature) to both Junior and Senior High School students.

He is currently a candidate for Master of Arts program in Public Administration with emphasis in National Security at the American Military University, Charles Town (WV). Hon. Vincent holds a Bachelor of Science Degree in Sociology (Law, Criminology and Deviance/LCD) and Minor in Policy Analysis from the University of Minnesota.

Furthermore, he has achieved certificates in the following areas:

As a result of his fervent and selfless engagement with the United States Army, Hon. Vincent won for himself and was awarded the following medals:

Honorable Prince K. Vincent, the current Deputy Defense Minister for Operations oversees all bilateral relations, protocols, conventions and Inter-agency coordination and collaboration on behalf of the Ministry of National Defense/ Armed Forces of Liberia. He solicits support, seeks welfare, and articulates the mission of the Armed Forces of Liberia; and provides supervision for the Ministry’s internal and external scholarship programs that have afforded opportunities for career civilian of interest to the AFL, former and current AFL personnel desirous of enhancing their academic and vocational abilities. Hon. Vincent is responsible for the management of the MoD/AFL academic sector/school system. He oversees the implementation of all MoD/AFL civil-military relations and projects which include construction and rehabilitation of roads, bridges, and public facilities.